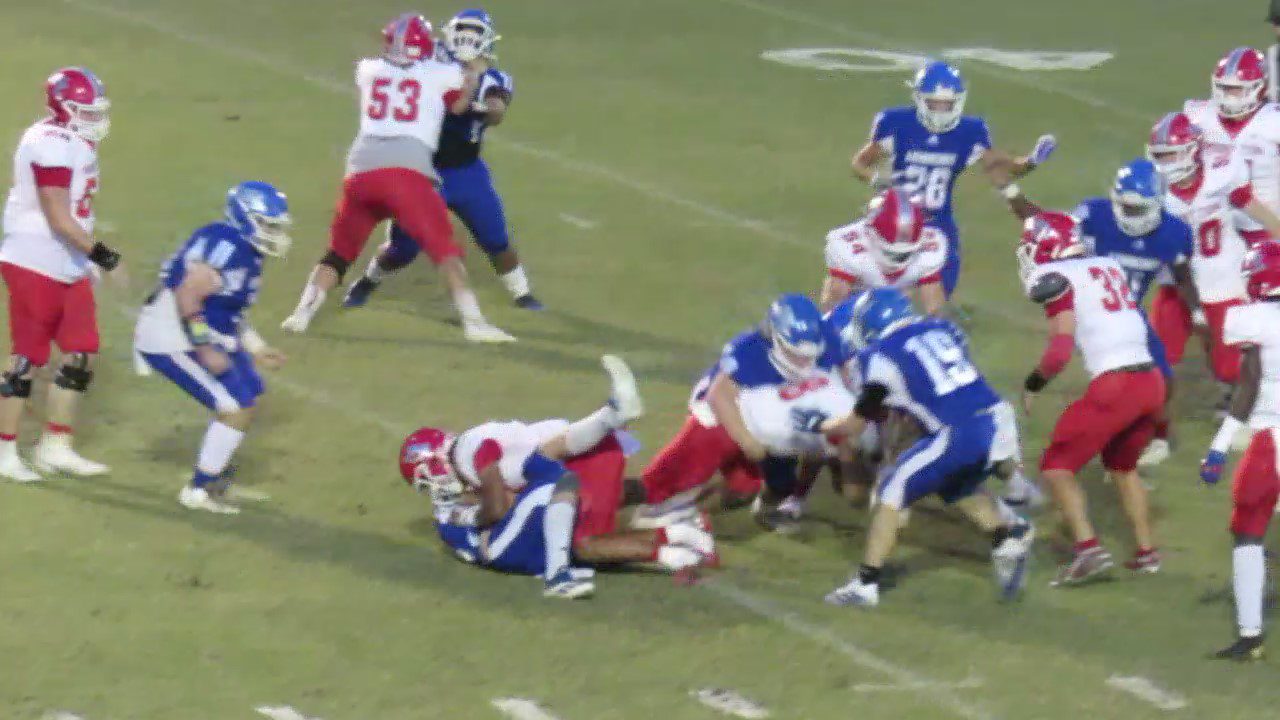 The fans at H.A. Lindsey were treated to a knock down drag out Friday night. A fitting end to a great week of Homecoming festivities in the Armuchee community.  Mount Zion defeated the home standing Indians 28-14 in the 6A opener.

Armuchee wasted no time getting on the scoreboard. On the second play of the opening series, Junior QB Chandler Desanto found Senior WR JJ House deep down the right side for a 59 yard TD. After a Grayson Perry XP the Indians jumped out to a 7-0 lead just 54 seconds into the game.

Mount Zion answered on their 1st possession. They put together an 8 play 69 yard drive culminated by a 3 yard TD run to tie the game at 7-7 with 7:13 left in the 1st Quarter.

The Indians and Eagles both exchanged 3 and out punts on their next possessions On their 3rd possession .Armuchee took over on their own 26 and put together a 13 play drive that used up 7:00 min on the clock. Mount Zion defense came up with a big stop on 4th and 2, taking over at their own 32 with 8:24 left in the 1st half.

The Eagles would once again go 3 and out aided by a Jessie Smith sack on 3rd and 6.

Armuchee took over at their own 36 after the 30 yard punt. A holding call on 1st down backed the Indians up and after several short gains by Senior RB Alex Wright they were forced to punt. Mount Zion Junior Malachi Ackles returned the kick for a 65 yard TD, his 13th TD on the season, giving the Eagles a 14-7 lead with 3:37 left in the half.

Sophomore Jacob Seagraves had a good return and the Indians were able to quickly move the ball into scoring territory. The final drive of the 1st half was not without drama. The Indians starting QB Desantos was sidelined after a horse collar tackle and backup Kameron Parker came out two plays later after taking a hit to the head. The drive eventually ended in a blocked FG with 28 seconds left in the half. Mount Zion would go into the locker room up 14-7.

Jessie Smith had a nice return on the ensuing kickoff giving the Indians good field position at their own 41. The drive ended on an Interception on a 4th a 6 play that gave the Eagles the ball at their own 1 yard line.

Mount Zion used 8 plays to drive the ball to the Armuchee 43 yard line. On a 4th and 6 the Eagles attempted a fake punt with Ackles taking the snap and running down the right sideline. The Indians stopped him 3 yards short and would take over to end the 3rd Quarter down 21-7.

The Indians put together a 14 play 60 yard scoring drive to start the 4th, all on the legs of Desanto and Wright. The Senior QB carried the ball 6 times for 34 yards on the drive and Wright had 8 carries for 26 yards including a 5 yard TD run to cut the lead to 21-14 with 7:20 to play.

Desantos was able to connect on three straight short passes on the Indians final possession before big #67 Dylan Buchanan intercepted a pass ending the game. 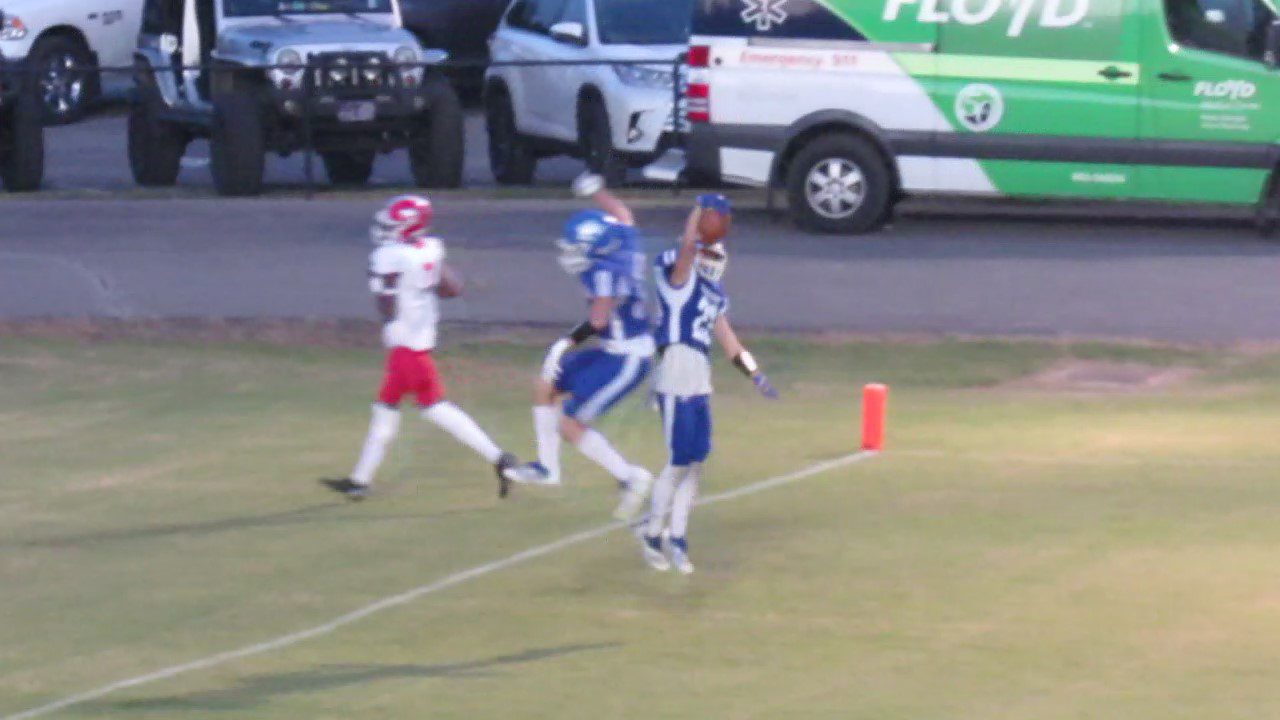