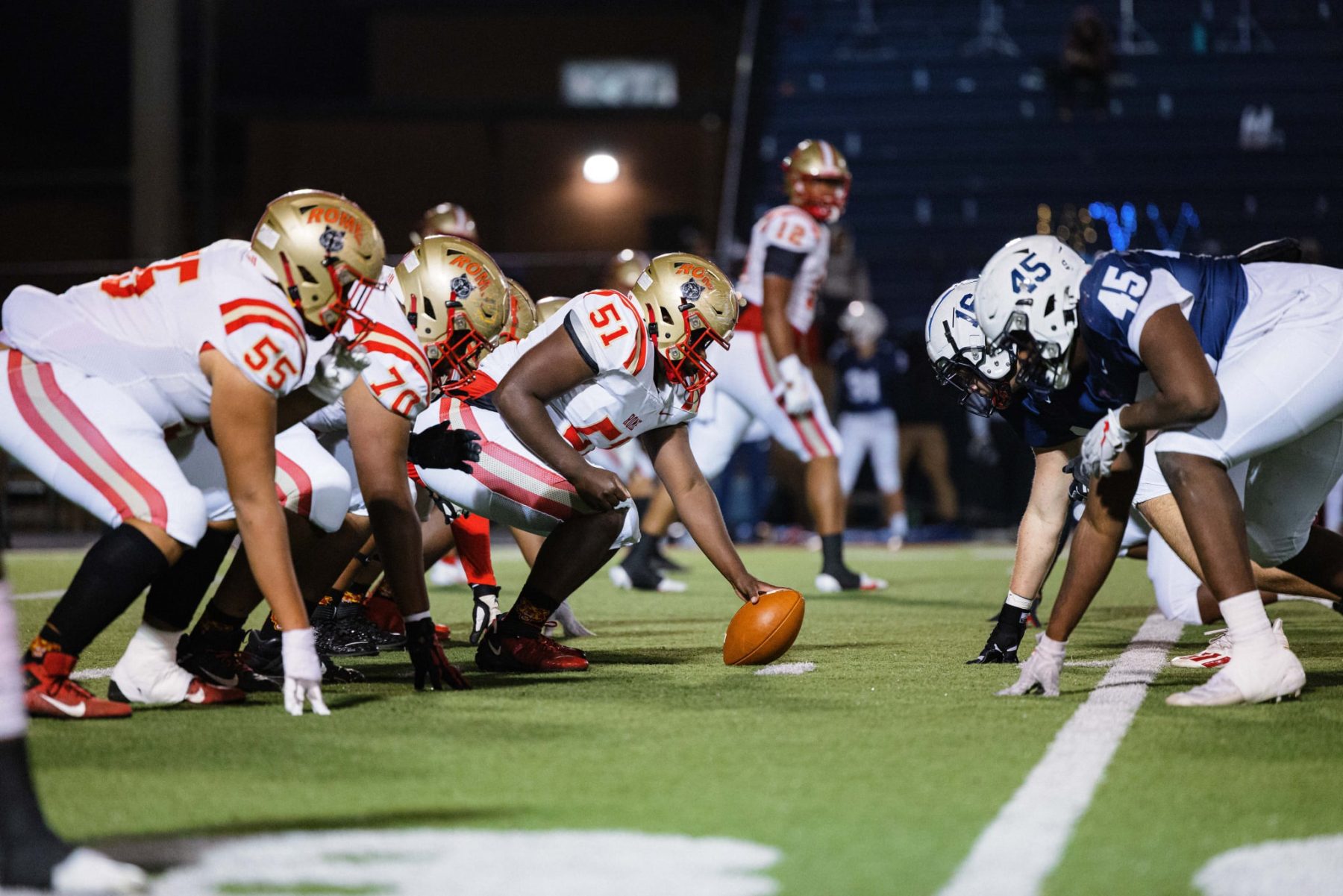 ROME, GA— Chilly weather did not stop the Wolves from heating up early during the last game of the 2021 season. Rome was on the road visiting Paulding County High School’s Patriots in a game that was a must win for the Wolves to secure a region championship.
During a contest where Head Coach and System Athletic Director John Reid saw big plays from the special teams and his defense work hard to stop a relentless Patriot passing game, Rome’s leader of the Pack said that Paulding gave them a few challenges he and his staff did not expect. 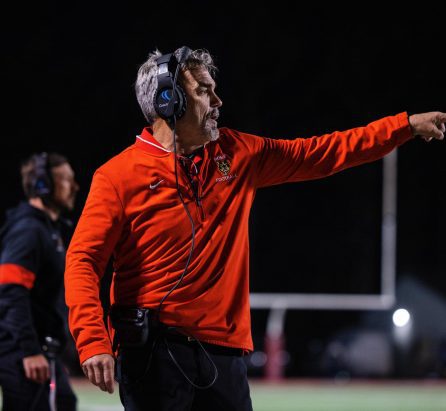 “I told our kids all week that it would be like this,” Reid said after finding out that Carrollton High had edged out the win over Douglas County in the final seconds of their game. “We had to come out after halftime and makes some adjustments to some defenses we did not think we would have to play. Paulding had a really good game plan, but our coaches knew they would play us hard.”
After discovering that Rome had just secured a win that placed them atop the Region 5 AAAAAA heap, he was overcome with excitement. Reid joined his players and coaching staff for a brief celebration, he spoke to his Wolves about staying the course and playing for something more than themselves.
“Get in here; get in tight guys,” Reid said as he gathered his players and was surrounded by Rome High School football supporters. “Listen, we have to work on tying up some of these loose ends. But tonight, we are the Rome Wolves 2021 six A region 5 Champs! Whether it was hard, or whether it was ugly, it was what we hoped to accomplish. Carrollton beat Douglas on the last play. It ain’t easy in Georgia. Every team has great players. That is why we demand that you come to practice and meetings and listen to what we say. Just know, that anything we ask you to do is never going to be easy. We always tell you that nothing gets done by itself. Remember that talk?”
Reid then asked one of his players if he remembered the things they talked about in practice to which the young man replied, “I remember, Coach.” 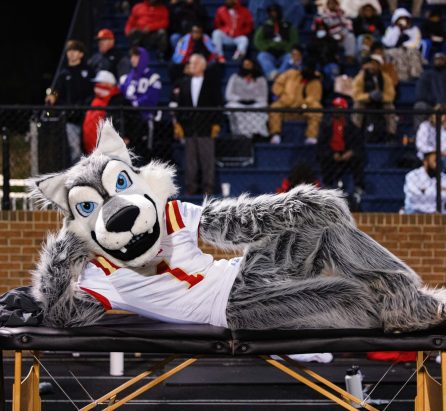 “That’s the great thing about being a kid,” Reid said in closing. “You get to learn how to get better as long as you apply our core values and work hard every time we are together. But tonight, we are region champs guys! We did something extremely hard!”
Rome finished the game by a score of 46-34. Becoming Region 5 AAAAAA Champions means that Rome has secured at least one home playoff game at Historic Barron Stadium to begin their run.
The Wolves will face John Creek High School’s Gladiators on November 13. Kickoff is at 7:30 p.m.
Congratulations on winning the region, Wolves! We are proud of you and will be rooting for you during the 2021 GHSA High School Football Playoffs!
Go Wolves!!!
2021 Region 5 AAAAAA Title Floyd County John Reid Rome Ga Rome Ga Wolves Rome Highschool Rome Highschool Football Rome Highschool Wolves