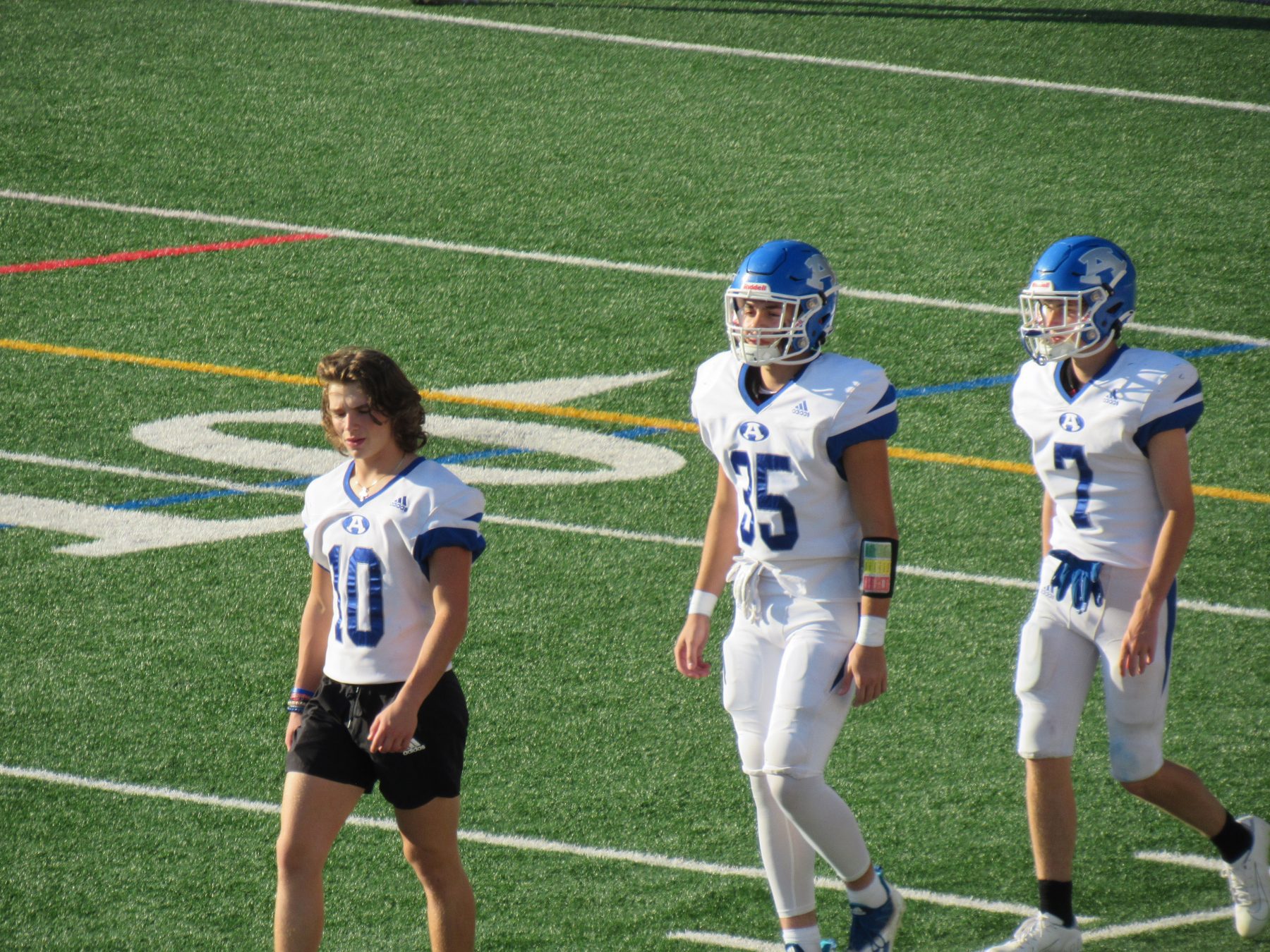 The Armuchee Indians weren’t intimidated by the Big City Lights. In a rare 5:30pm start, they traveled to Lakewood Stadium in Atlanta 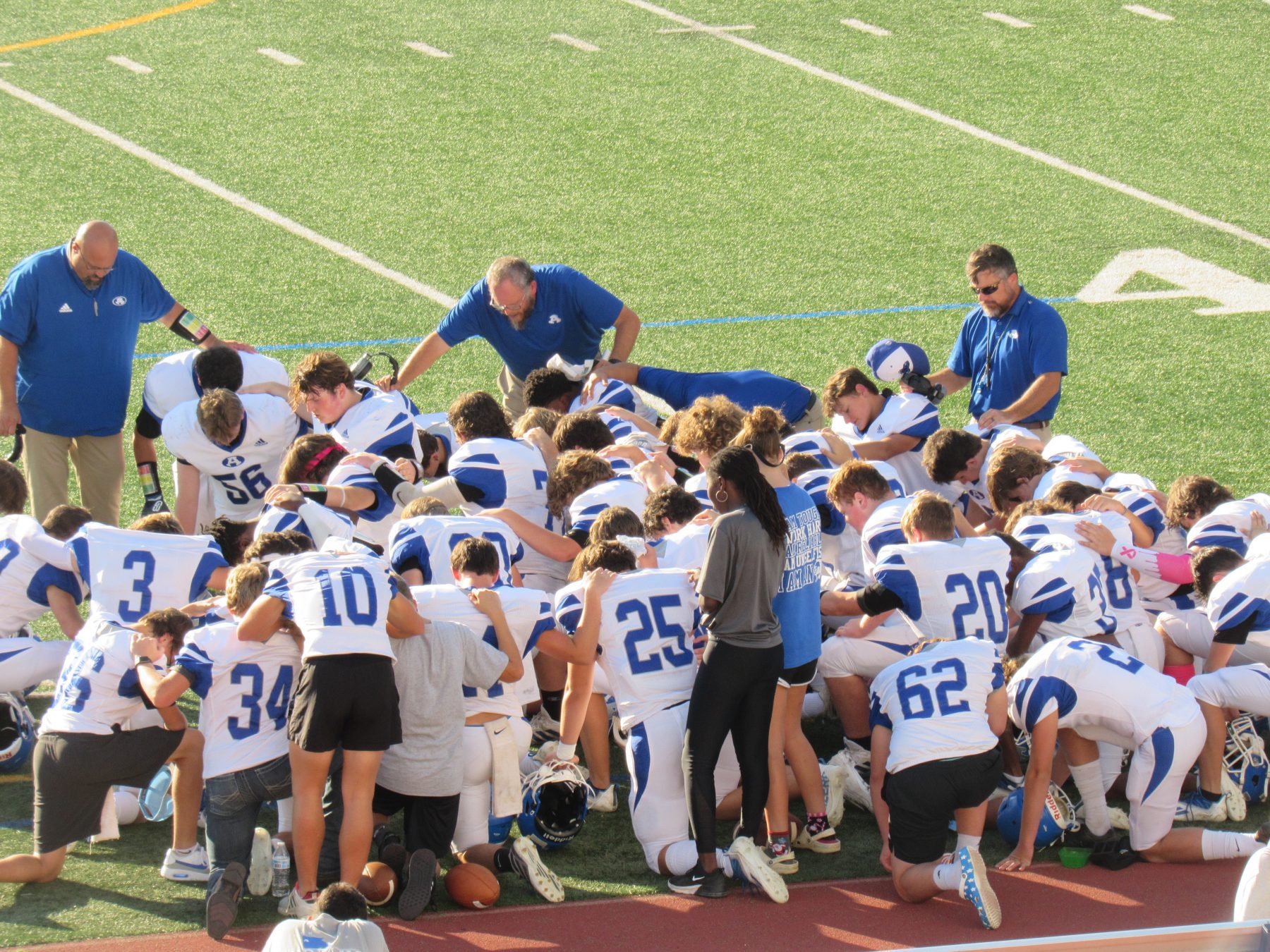 to face the BEST Eagles in an important 6A Public matchup. The home team scored on their 1st and last possession, while everything in the middle was all Indians. The defense created 4 turnovers and held the Eagles to 160 total yards, with 86 of those yards coming on the final drive, in a 35-14 win.

On the second play of the game  BEST picked off a pass from Junior QB Chandler Desanto and had great field position at the Indian’s 31.

After a negative play and a false start the Eagles faced a long 3rd and 19 at the Indian 40. A late hit on the QB would give BEST a fresh set of downs at the 17. Six plays later they would go in from 10 yards out. A successful 2 point conversion gave the home team a 8-0 lead with 5:43 left in the 1st Quarter.

The Indians put together a 7 play drive moving the ball into BEST territory but were forced to punt near midfield. The punt was muffed by the BEST receiver and was recovered by the Indians in the Endzone, but by rule it was deemed a touchback and the Eagles took over at their own 20 with 1:45 left in the 1st quarter.

Three plays later Senior Riley Ross had his first of two interceptions on the night setting the Indians up with good field position at the BEST 24 as the 1st Quarter came to an end.

Armuchee was able to get the ball down to the Eagle 7 yd line, aided by a roughing the passer penalty. On a “Wild Indian” play, Senior Alex Wright attempted a pass into the endzone on 3rd and 5 but the pass was intercepted and returned to the 31 yard line with 10:30 left in the 1st half.

BEST broke open a 69 yard TD on the 1st play, called back by a holding penalty in the backfield. After a delay of game and a too many men on the field penalty, the Eagles were forced to punt from their own 14. After a 30 yard punt the Indians would start with good field position with 9:42 left in the half.

Eight plays later Alex Wright would bull his way across the goal line on a 4th and goal from the 1. After a missed extra point the lead was cut to 8-6 with 4:32 remaining in the half.

After a touchback kickoff from Sophomore Grayson Perry the Eagles started on their 20. Two plays later Junior Jessie Smith would strip the BEST QB and Freshman Jakson Hightower would pick the ball out of the air setting up the Indians at the Eagle 21.

Two plays in, Chandler Desanto found Senior Will Daniel on a 26 yard scoring strike. The 2 point try was unsuccessful and the Indians went to halftime up 12-8.

BEST put together an interesting drive to open the 2nd half. Starting at their own 20 after another touchback, they had a 9 play drive that resulted in 3 first downs and a net of -8 yards. The big play was a 15 yard tackle for loss by Sophomore Ryland Steen on a 3rd and 28. The Eagles would punt from their own 12 with 7:34 left in the 3rd quarter.

After a 28 yard punt the Indians once again took over in Eagle territory. A 14 yard pass to Senior JJ House, who had 103 yards receiving on the night, and a couple of unsportsmanlike penalties on BEST would give Armuchee the ball inside the 10. QB Chandler Desanto would score on a 2 yard keeper making the score 19-6 with 4:50 left in the 3rd.

. After an onside kick recovered by Sophomore Jackson Coonley, Armuchee went to work near midfield. A 6 play 49 yard drive would end in a Ryland Steen 1 yard TD run putting the Indians up 26-6 with 2:04 left in the 3rd.

BEST had a big return on the ensuing kickoff called back due to a hold and after tacking on a false start they started at their own 9 . The Eagle QB dropped back in the pocket on the first play and was stripped by Jakson Hightower. Senior Austin Stacy jumped on the loose ball in the endzone giving the Indians a 32-8 lead after 3 quarters of play.

Riley Ross would get his 2nd pick of the night early in the 4th quarter  and Armuchee would give their young guys a chance to get some reps with Sophomore Easton Jackson and Freshman Luke Lively getting some carries.

The Eagles would score on a 46 yard TD run midway through the final quarter and Armuchee added a Grayson Perry field goal for the final 35-14 margin.

The Indians are off this Friday and will be back in action Oct 22 when they host Region rivals the Trion Bulldogs.